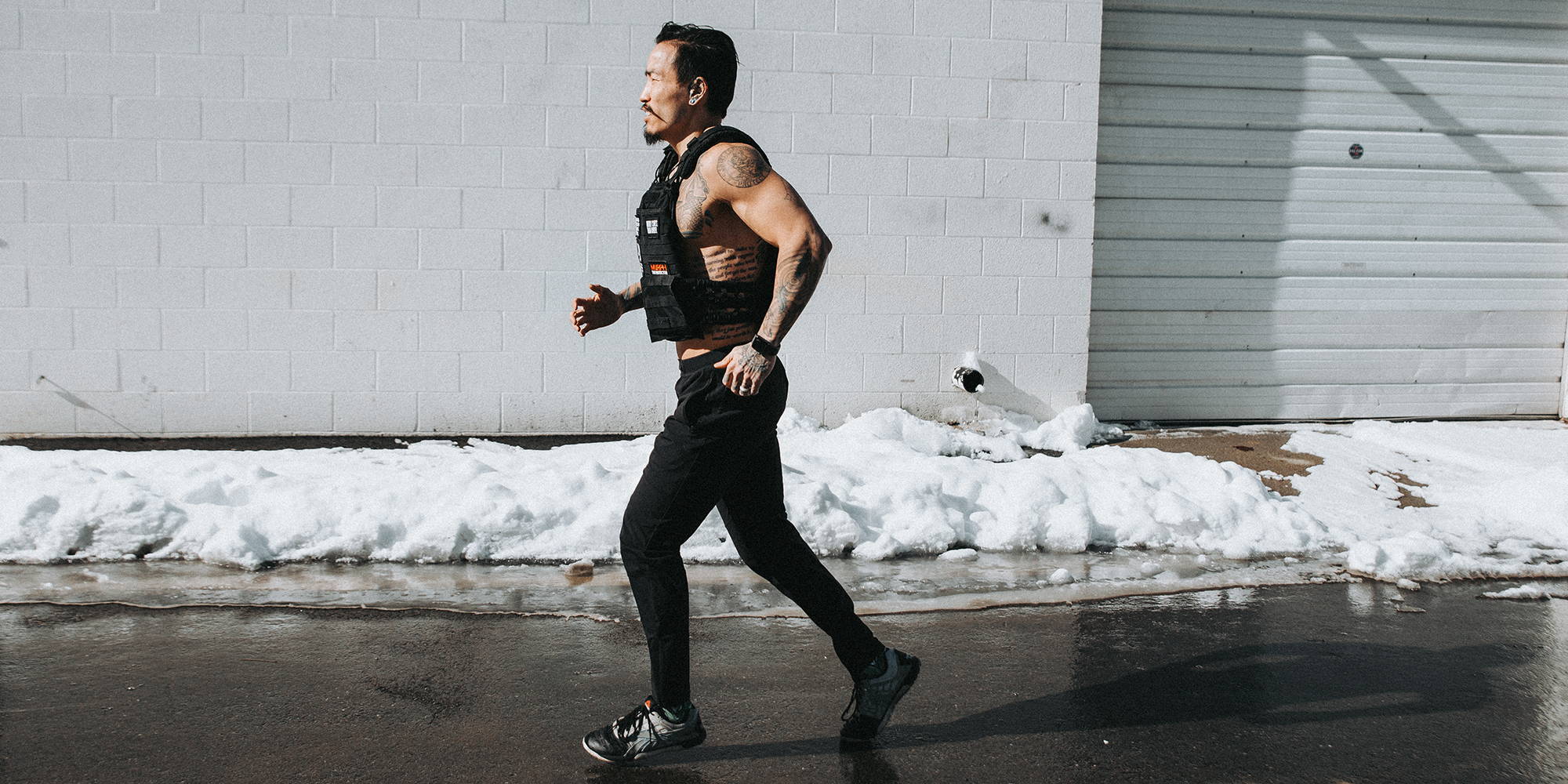 WHY WE DO MURPH

Lieutenant Michael P. Murphy, nicknamed “The Protector” for the multiple occasions he fought to protect the disadvantaged during his youth, was an avid CrossFitter. His favorite workout, one he called “Body Armour,” was an assault on your strength and endurance: While wearing a 20 lb weighted vest (or body armor), it is a one-mile run followed by 100 pull-ups, 200 push-ups and 300 squats, followed by another mile; done for time. As a Navy SEAL, this exercise kept Lt. Murphy ready for action. However, it wasn’t physical strength that made “Murph” exceptional; more than anything, it was his heart. On June 28th, 2005 Lieutenant Murphy and his fellow SEALs were surrounded by Taliban fighters with nowhere to turn. During the middle of the firefight, Lt. Murphy stepped into the clearing to get a clear signal for calling in reinforcements. As he called for backup, he was struck multiple times by enemy fire -- but he still managed to complete the call, and one of his SEAL squad members survived. Posthumously, “Body Armour” was renamed “Murph”, and individuals across the CrossFit and military community complete it every Memorial Day to honor Lt. Murphy’s memory.

Optional: Complete in a twenty pound vest or body armor.

Murph is a simple and well rounded workout that incorporates a pull, push, and squat movement. But don’t let its simplicity fool you. Hero workouts such as Murph are designed as grueling grinders meant to put your life in perspective. Done properly, with emphasis on proper form over intensity, this workout can bury even the fittest athletes because of its length and repetitive nature. 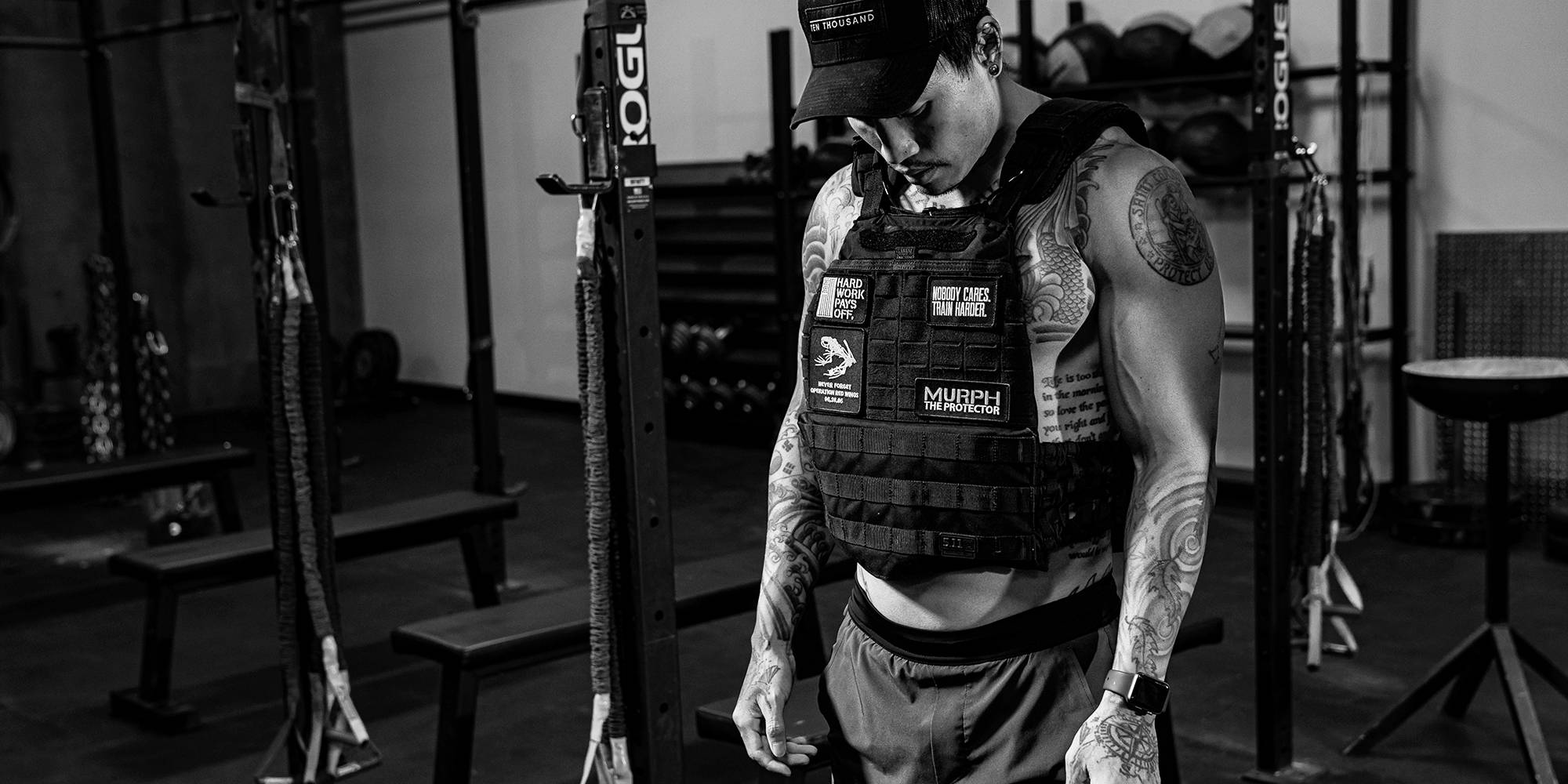 WHo IS CHRIS HOLT AND WHY ATTEMPT A DOUBLE MURPH?

Chris Holt has never played by others’ rules. After 4 major lung surgeries and a near fatal car accident his freshman year of college, doctors told him he would never play sports or lift weights again. He was to be bound to yoga and pilates. Adopting an underdog mindset, Chris was forced to develop mental toughness, resolve, grit, and a never-quit mentality. Fitness became a way to prove to himself and others that he could do whatever he set his mind to.

Chris left behind a safe career as an architect to follow his passion in the world of CrossFit. He opened CrossFit Threshold, the second Crossfit affiliate in Miami, in 2008. After competing at a high level during the early days of CrossFit, Chris says he now likes to workout “for fun,” without a concern for the clock. His goal is to enjoy training and remain injury free. His favorite workouts these days are the ones that are long and arduous, which is why he’ll commit to something truly outside the norm this Memorial Day: The Double, Unpartitioned, Weighted Murph.

“I've been doing Murph multiple times a year since 2005 when the workout first was released on crossfit.com. It was a natural progression to make the workout tougher. I always do a Double Murph unpartitioned which makes it even more difficult.

On my first attempt, I started with a 20 pound weight vest. That evolved into a 20 pound vest in full SEALFIT gear. Now, I’ll do it in a 30 pound vest.

Some argue that I haven’t ‘mastered’ Murph because I don’t time my effort. However, I workout for me, no one else. Double unpartitioned weighted Murph is not something I ever do for intensity or time. It’s for completion. And that’s part of SEAL training. It’s about mental toughness. The physical toughness of this workout is a given.” 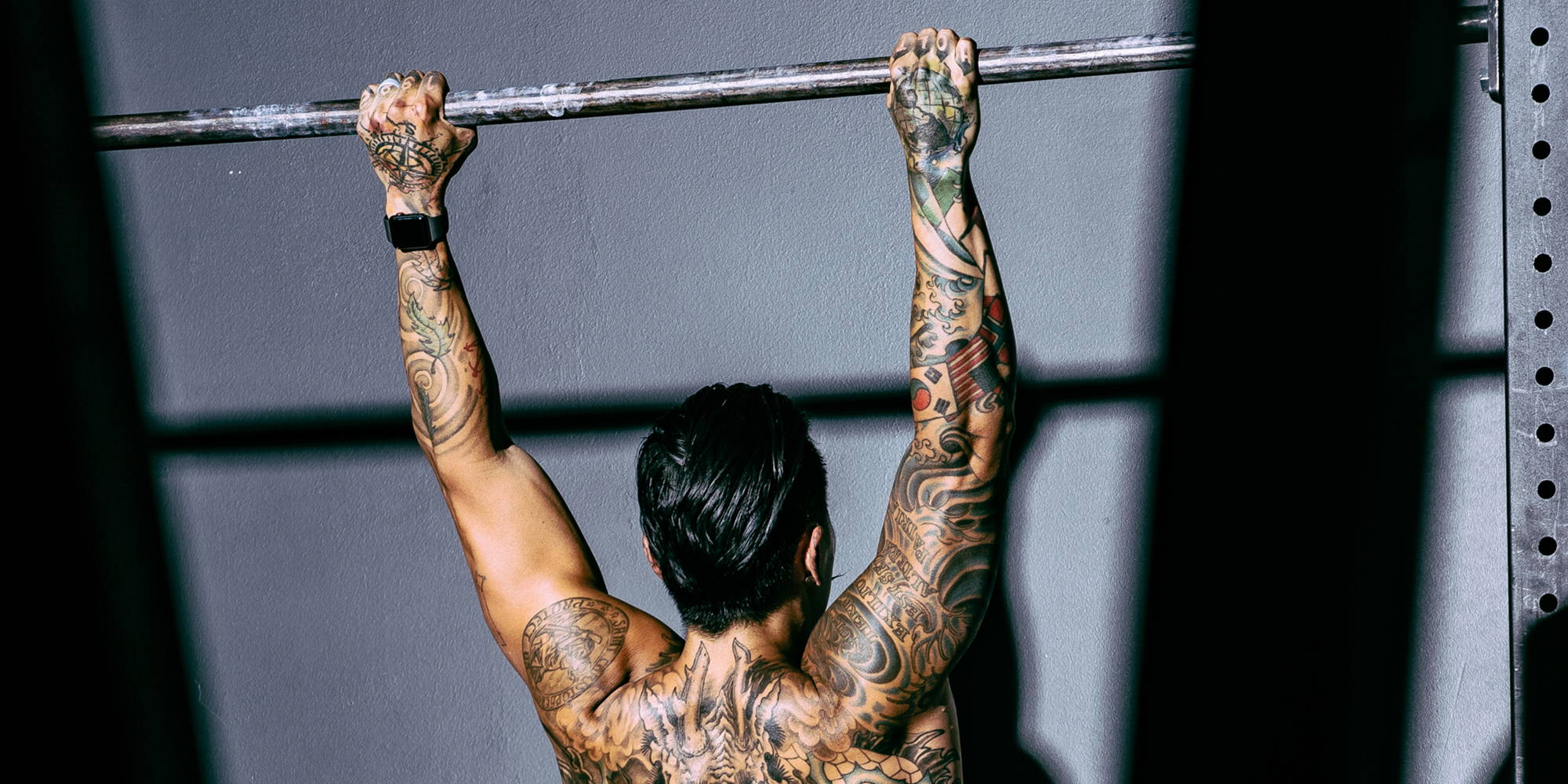 Now that you know the story of Murph, it’s time to prepare. Murph is a test of physical and mental endurance. For Chris Holt, who will be completing an Unpartitioned Double Murph, the stress placed on his body and mind will be even greater. To ensure he’s ready, Chris’ workouts decrease in intensity and increase in volume. Chris is approaching this challenge with a "just finish" mindset, rather than trying to set a personal best. Based on previous attempts, Chris predicts that the entire event will take around 2.5 hours. So similar to an ultra marathon runner or Ironman triathlete, he will focus on training his aerobic energy systems while placing emphasis on the specific movements he will be performing on the day of the event.

This week’s key session is built around the pull-up. In Chris’ Double Murph attempt, he’ll perform 200 strict pull-ups while wearing a 30 pound weight vest. In the weeks leading up to the event, it’s imperative for Chris to amass a huge number of reps, ingraining the movement into muscle memory.

5 strict pull-ups every minute on the minute for an hour compiles 300 pull-ups in this single session. Resting for the remainder of the minute provides him with enough recovery time to keep his heart rate low to ensure the necessary aerobic adaptations.

As if the first hour wasn’t brutal enough, Chris follows the 300 pull-ups with 60 minutes on the assault bike at a steady pace without the use of his arms. This is programmed for a similar benefit; building an aerobic base, while also giving his upper body some welcome rest.

The workout ends up clocking in at the two hour mark. The callouses Chris develops on his hands pale in comparison to those that he’ll develop on his mind during this monotonous grueling grinder. 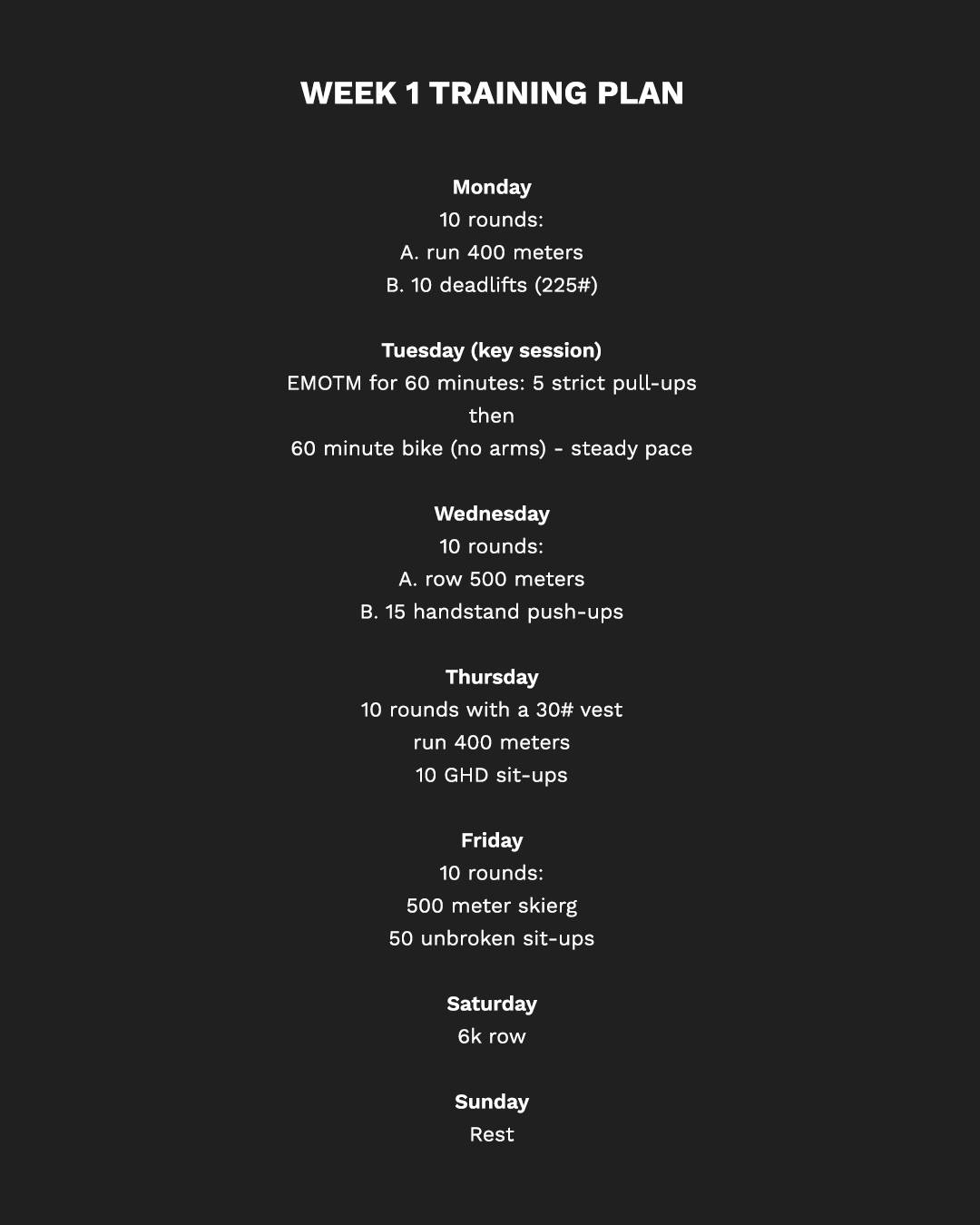 As the timeline to tackle a Double Murph condenses, Chris Holt’s training plan gets more intense. If you’re planning on tackling a full Murph, your training needs to go to the next level as well. This week, Chris progresses to more advanced workouts -- including some classic CrossFit routines and movements, including the Toes to Bar and the Double Under. This week is all about intensity and power.

Two key sessions are the highlights of week two. On Friday, Chris tackles another massive workout that emphasizes volume rather than intensity. While rowing, handstand pushups and GHD sit ups are not Murph-specific movements, they train muscles that will all be integral to his success during his double Murph attempt. 24 hours later, Chris will perform the seemingly simple task of 1000 air squats. With no time cap enforced, he’ll simply be looking to spend a significant amount of time under tension in a movement that he’ll perform on the day of his Double Murph.

200 handstand push-ups strengthen the small muscles of his shoulder girdle. These essential muscles must be strong and resilient to fight off fatigue as he performs 200 weighted pull-ups.

The GHD sit ups stabilize Chris’ core and build his hip flexors, the strength of which he’ll rely on to power through the final two mile run.

By breaking up 1000 squats into 20 sets of 50, Chris gives us some insight into how he’ll plan on executing his strategy on the day of his double Murph attempt. Sticking to a strict minimum of 50 unbroken reps per set provides significant muscular stress, while also ensuring that Chris rests and maintains an aerobic heart rate.

As the lactic acid accumulates in his glutes and quads during the 20 sets, Chris can take solace knowing that on the day of the event, he’ll have 400 less total squats to perform. 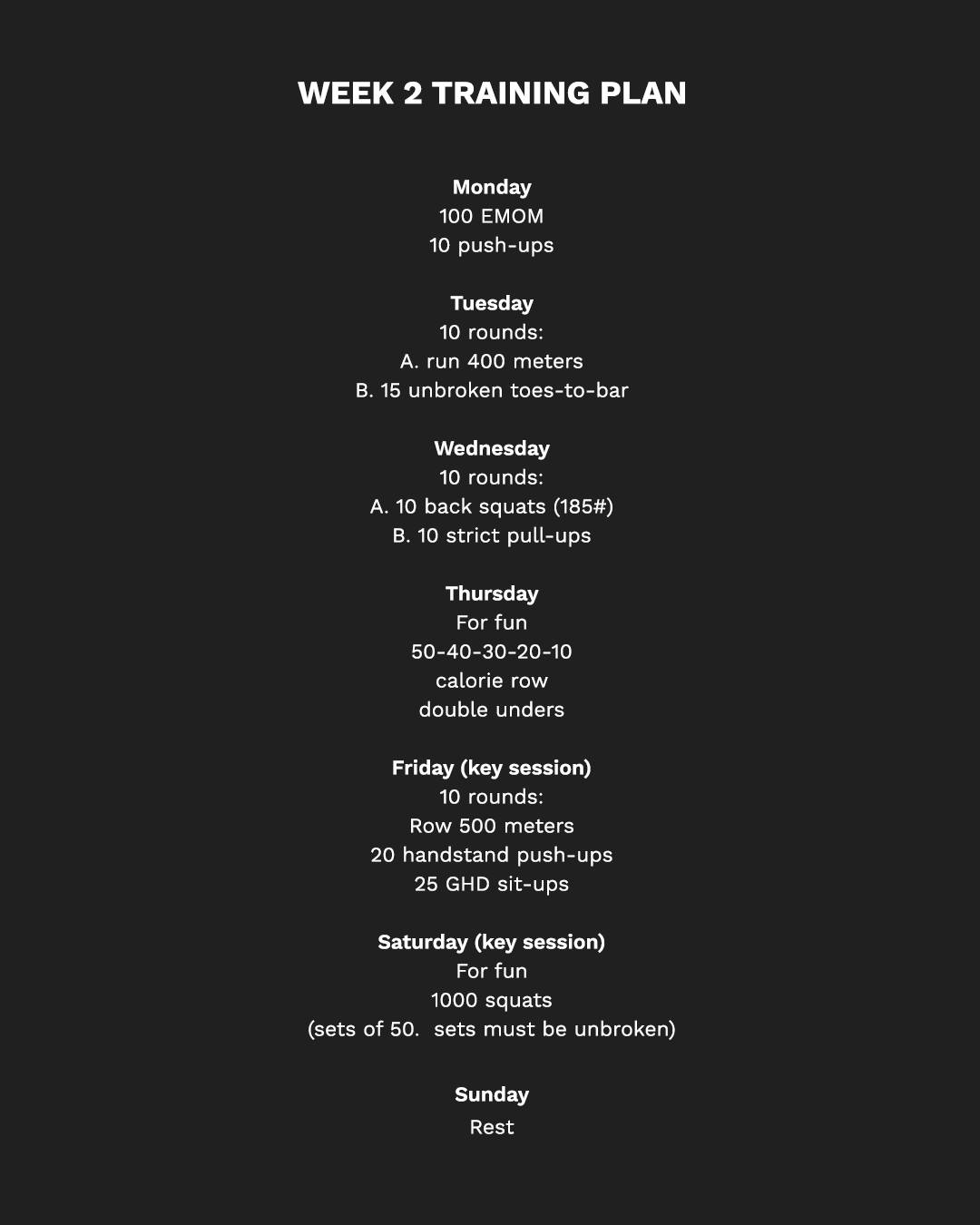 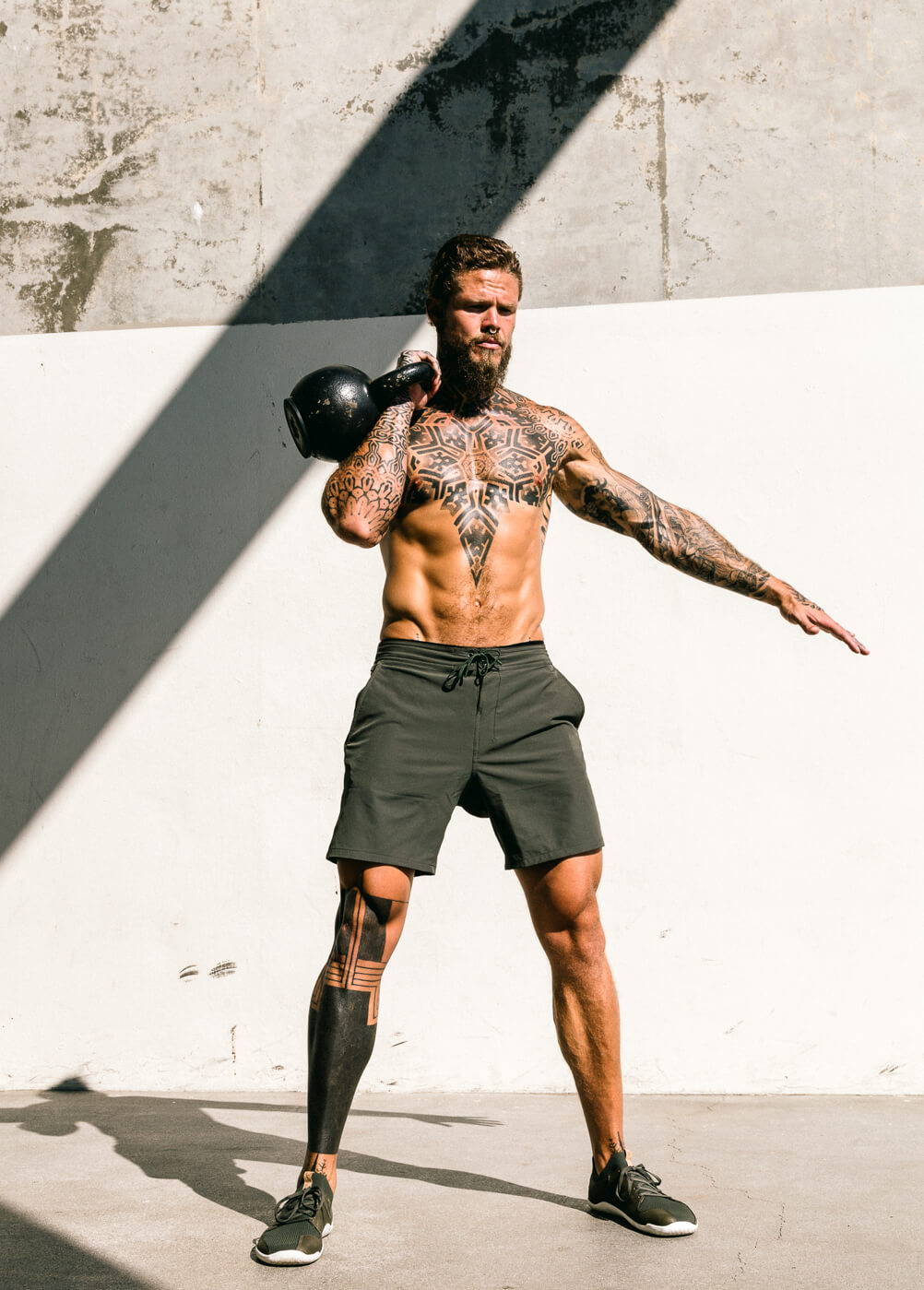 A dedicated CrossFit athlete for the last 15 years, Chris chooses to add some of his favorite movements into his programming this week, including barbell movements like power cleans, hang squat cleans and shoulder to overhead. 30 rounds “for fun” of assault bike and barbell work might sound like a nightmare to other athletes, particularly with the task of rowing 6.2 miles while wearing a 30 pound vest on the horizon. However, Chris’ mentality remains the same: strict and severe mental discipline, precise and near-perfect form, and additional stress on his aerobic energy system to ensure he shows up physically conditioned on Memorial Day.

If you’ve attempted a max effort of 10 calories on the assault bike before, you’re aware that it can be accomplished in a matter of seconds by activating your fast twitch muscle fibers. But repeating the effort 30 times over while supersetting with barbell work calls for a different strategy. Chris will keep his heart rate under control and utilize these 10 calorie efforts as a pseudo-recovery period from the barbell complex.

This barbell complex provides Chris with an efficient, total-body, conditioning set. More importantly, it provides him with some much-needed mental relief from a week full of pull ups, sit ups and dips.

Aerobic the entire way, 10k on the rower with his 30 pound vest allows Chris to get in the much needed cardio that he needs to prep for the 4 miles of running that he’ll do in his double Murph attempt. Opting to row rather than run provides a low-impact alternative. 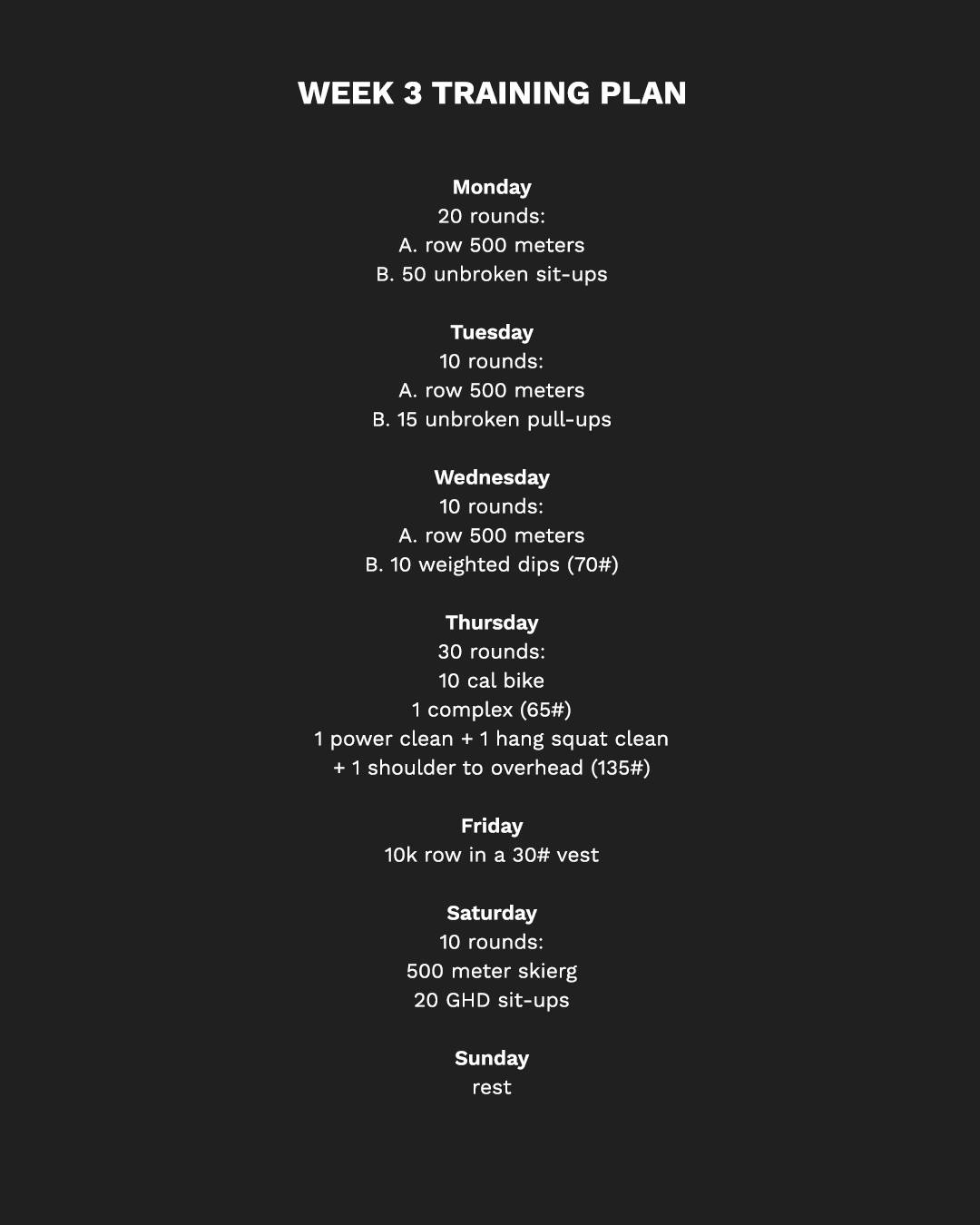 With just one week of training remaining before his event, Chris’ key session this week focuses on the start and finish of Murph. While many individuals who attempt the standard workout feel they can muscle their way through a mile of running at the start and a mile at the finish, Chris is doubling the distance and increasing the amount of weight he’ll be carrying. This puts an incredible amount of strain on the musculoskeletal system, and is something that Chris has been preparing for.

Think about running a 5k on any given day. For many athletes, this is an achievable goal. Now, think about running that same distance if you weighed thirty pounds heavier than you currently do. Whole different ball game. Running with a weight vest places additional stress on your muscular and respiratory systems. Trying to move at a pace he’s comfortable running at without a vest will cause Chris’ heart rate to skyrocket within minutes. Chris will move through this key session slowly and methodically, plotting out a projected cadence and pace that he’ll plan to run at to keep his heart rate in control during the event. 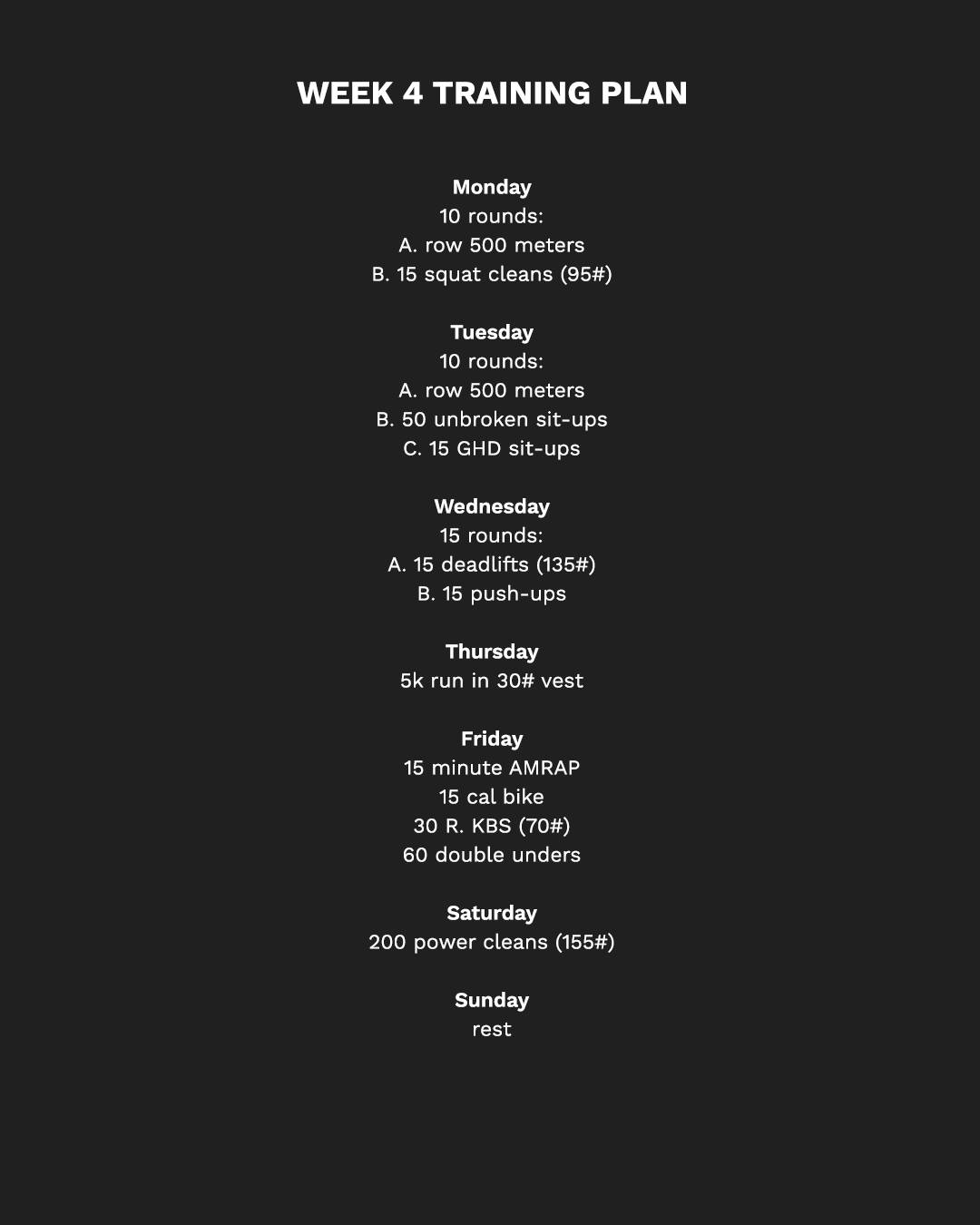 It’s almost time to get after it and tackle Murph. Before you put on your vest and start putting in work, it’s important to remember these things:

Whether you’re a novice or a seasoned pro, the goal of Murph is for it to kick your ass. That means you’re going to get tired. When people get tired, they get sloppy. When they get sloppy, they get hurt. Don’t get sloppy, and you won’t get hurt. The objective is to push yourself, but you’re not impressing anyone if you complete Murph 30 seconds faster with garbage pull up form.

2. Remember why you’re doing it

This is not just a workout. This is a way to honor a hero, and a way to connect with the CrossFit and military communities. We are doing this together. Let’s get after it.

If you’re going to use a weight vest, you need to be comfortable doing all movements with it. Check out Chris completing the core movements below to get an idea of what your form should look like.